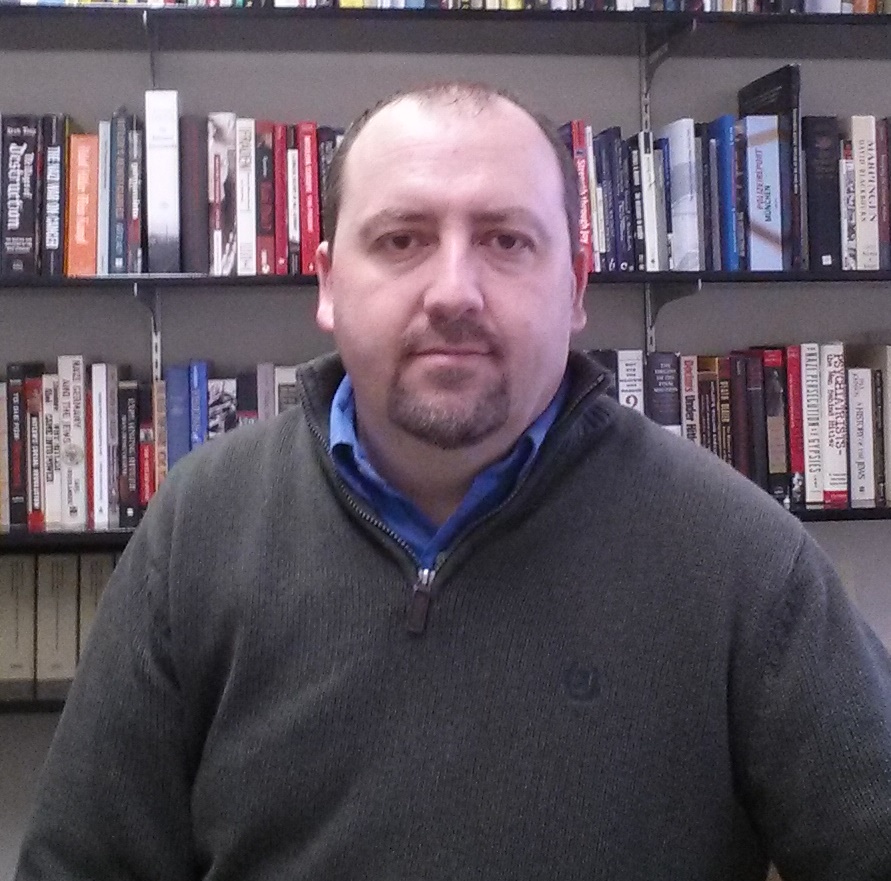 We are pleased to feature Dr. Mark B. Cole as our first Social Studies @ CSU Faculty Spotlight! Dr. Cole began teaching as a College Associate Lecturer in the History Department at Cleveland State University in Fall 2014. A native of Ohio, he received his PhD in Modern European History from the University of Florida, his M.A. in European History from the University of Akron, and his B.A. in German from the University of Toledo. He specializes in modern Europe and Germany, specifically the history of Nazism and the Holocaust, as well as the histories of consumption and food more generally. He is author of, most recently, a book chapter entitled “‘Fort mit der Stullenwirtschaft!’: Food and Industrial Discipline in Nazi Germany” (2012). When not changing the world one undergraduate mind at a time, he enjoys working with hands, cooking, travelling, and playing pocket billiards. He has one wife, three daughters, and two cats.

(*= counts toward the SST major)

How do you incorporate these interests into your Social Studies and/or history courses at CSU?
As a cultural historian I am interested in the history of “everyday life” and so in my courses I often try to demonstrate how ordinary people, the masses, experienced and impacted history. For example, while it is perfectly reasonable to examine the high politics that led to World War I, I am most interested in what life was like for the millions of soldiers who bore the brunt of those decisions in the trenches or the millions of women who maintained the Home Front.

What is your favorite aspect of teaching at CSU?
Daily interactions with students are the best part of my job. Influencing their educational trajectory and witnessing their intellectual growth is very rewarding.


What advice would you give a student interested in becoming a Social Studies teacher?
Teach students, not content!