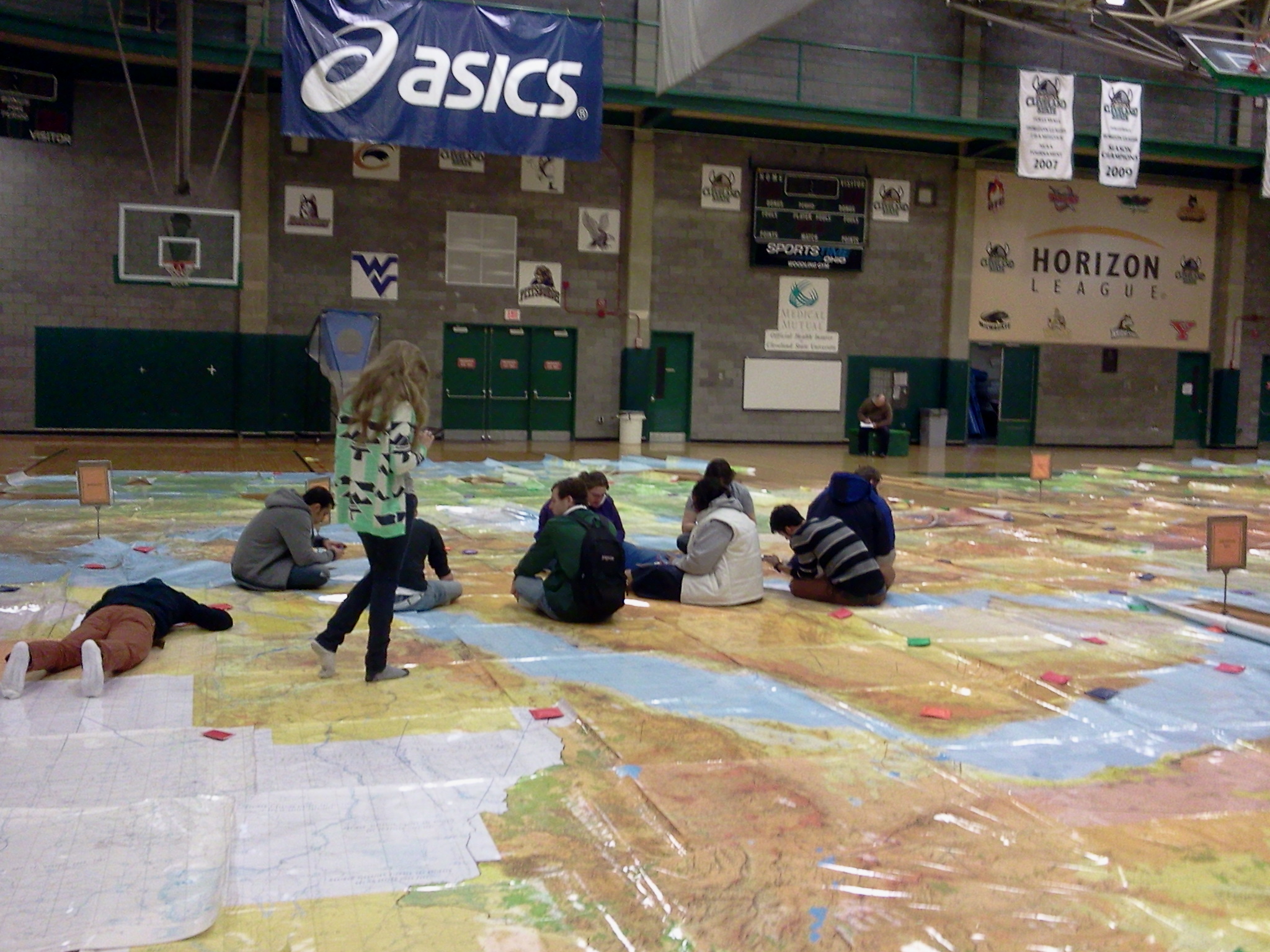 Posted on June 28, 2013 by Shelley Rose Posted in In the ClassroomTagged Assignments, CSU, Geography

Our first map walk reflection is by Intro to Geography student Tarchelle (J.B.) Anderson.  J.B. took her curiosity about the experiences of native Australians to a new level by examining Australian terrain on the maps.
Two days before the Map Walk I was watching a show on the National Geographic Channel about the aboriginal people of Australia. I was very intrigued by them and wanted to learn more about their migration pattern. The aboriginal tribe came from the Tarot Straight which is at the very top of Australia near Papua New Guinea. They lived on the coast of The Great Barrier Reef all the way to the Tasman Straight. The parts of Australia would be Queensland to New South Wales. The reason the aboriginal Australians lived on the coast was because that area land flourished and the sea provided lots of food. When the Europeans came and started to claim parts of Australia they pushed them inland where the land is very rough and dry.  As I looked closer at the Map I saw that The Northern Territory was desert and there were a total of 13 aboriginal tribes located there. The land is rough: there are a total of three deserts and two mountains.  All the lakes are saltwater and as I looked closer the only fresh water is near Alice Spring. If you were not part of a tribe near the spring, you would have to walk about a 100 miles to get to it. The only aboriginal tribe that wasn’t really forced out of their location is in Tasmania. About 5 thousand aboriginal Australians live there today. This Map Walk showed me how hard the aboriginal people really have it since they were force out of their land. Their way of living has drastically changed. When you live in a desert it is very hard to make something out of nothing. This is what I took away and learned from the map walk.
Thanks to J.B. for sharing her reflection on the blog!