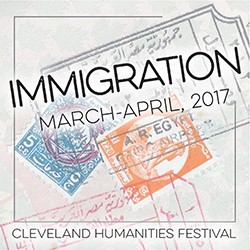 Fresh Start: Refugees in America, Past and Present The term ‘refugee crisis’ has recently appeared in the media and in politics as Syrian refugees seek safety in the United States, but there is a longer, often overlooked history of refugees in the United States that provides insight to current debates and issues. Often lost in the political debates are the refugees’ own voices. This panel brings together history and film to explore how these two mediums reveal the past and present of the refugee experience in the United States. Historians Stephanie Hinnershitz and Melissa Borja join filmmaker Cigdem Slankard for a viewing of “Fresh Start,” a short film by Professor Slankard on Somali-Bantu refugees living in New Hampshire, followed by a discussion of the history of refugee settlement in the United States during the twentieth century.
Free and Open to the Public!
Panelists
Cigdem Slankard is an assistant professor in the School of Communication at CSU. She is a filmmaker whose work addresses important social issues.
Stephanie Hinnershitz is an assistant professor in the Department of History at CSU who specializes in Asian immigration to the United States and has recently published Race, Religion, and Civil Rights: Asian Students on the West Coast, 1900-1968. (Rutgers University Press, 2015).
Melissa Borja is an assistant professor in the Department of History at CUNY-College of Staten Island who specializes in immigration history with a focus on the resettlement of Hmong refugees in Minnesota, Michigan, and Ohio following the Vietnam War.