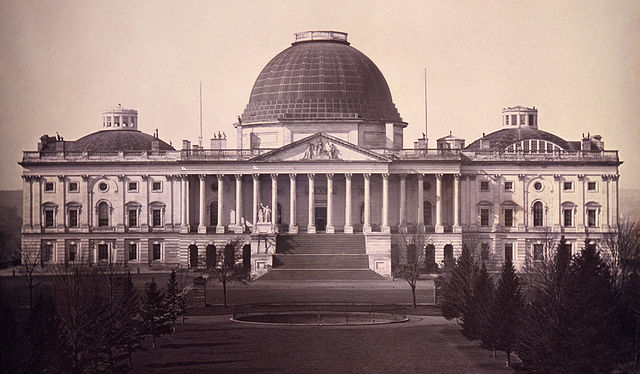 Posted on July 7, 2014 by Victoria McDonough Posted in In the ClassroomTagged Government, Historical Thinking, Social Studies, US History

Within American society, many citizens are deeply unaware of the institutions that govern them and work to continue to make the United States a democratic and free nation. They do not understand the operations of federal services and organizations, in addition to how documents such at the Constitution and the Declaration of Independence work in combination with the nation’s leaders to uphold the rights of every American. Due to the widespread lack of governmental knowledge, individuals oftentimes are not aware of their personal role in helping to maintain the government of the United States, which can result in low turnout rates for civic responsibilities such as voting. (Hudson, 2013, p. 143) Thus, as adults in America fail to see the importance of a firm foundational knowledge in regards to the federal government, students in classrooms all across the country also develop apathy towards their national leaders and freedoms, and continue the cycle of civic dissociation.
Current Ohio standards for high school Government courses not only educate students about the various roles and functions of the federal government, but also emphasize civic responsibility and activism among young people. These new standards require students to “devise and implement a plan to address a societal problem by engaging either the political process or the public policy process” or “select a political party or interest group to address a civic issue, identify a type of media as a means of communication, then defend the viability of the choices made in an effort to achieve a successful result in resolving the civic issue”, all in an effort to help young people understand that their actions can impact how their federal government functions. (Ohio Department of Education, 2013) Such standards allow teachers the opportunity to incorporate the factual information regarding the government and its agents with the creativity of project-based learning so that students can become more personally invested in their course material. While educators can still emphasize primary source analysis in their classrooms through the use of documents like the Constitution or the Articles of Confederation, they can also integrate technology into their Government curriculum as they task their students with assignments grounded in current research and modern modes of communication and presentation. By building upon the foundation of basic governmental principles of the United States, Ohio’s current standards provide students with the opportunity to literally “dive into” American history in the making and become active and passionate citizens of the country in which they live. No longer does the United States government need to appear as an archaic institution to the young people with high school Government classrooms; as a result of the new standards and innovative teaching methods, students can now relate to their government and its leaders in an active and personal way.
According to Daisy Martin’s definition of historical thinking, the new standards being adopted by Ohio’s Government educators contribute to the critical thinking skills of their students in regards to analysis of primary sources and context. As students explore the primary sources that laid the groundwork for the nation’s government through close reading, they are able to contextualize the documents in the historical events of the United States and understand the journey the country traveled in becoming a democracy. Thus, as high school Government students develop their historical thinking skills in regards to the United States government, they are also encouraged to become a part of the nation’s narrative and interact with their leaders and governmental entities to further ensure a free and prosperous nation.
Check back soon for the next installment of “Connecting Historical Thinking and Technology!”   Tweet me your comments and any suggestions for future posts @ToriMcDonough22 or @SocStudiesatCSU.

One thought on “American Government: Developing Citizens with Historical Thinking and Technology”